At this time of year watching the trees release their leaves I wonder how it feels to be a tree and if they have their own experience of loss or even pain. As the clocks change and we bid farewell to summer warmth for another year and lay out the welcome mat for the dark nights to come. As I practice leaning into my menstrual cycle I often relate the bleeding time to the season of winter but there is a resonance with autumn too as we shed our womb lining just as the trees shed their leaves. I find feelings of grief and loss rise to the surface in the premenstrual and bleeding times, the autumn and winter of my cycle. I can’t do much more with these feelings other than just sit and try to ‘be’ with them.

My circle gatherings are mostly online but what a profound relief I feel when I am in a space – whether physical or virtual – where that is all I have to do, just ‘be’… where my feelings of sadness are acceptable and I am free for a time of the pressure to ‘fix’ myself or hide my feelings. Watching the trees reminds me that the winters and autumns of our experience are as potent and valid as the springs and summers. I think it is wonderful that the Red Tent movement inspires us to create these spaces where we can acknowledge and ‘be’ with the whole spectrum of our experiences, including our sadness.

This month we wanted to sit with the change, the loss and the grief of letting go. We will hear from Angela who co-supports Leamington Red Tent. She joins us for our ‘Sitting In Circle’ piece to tell us a ‘death story’, not a birth story but yes you heard me, a death story. Something perhaps we could share more often so that we grow in our understanding of what it is like to be in that place that makes your heart heavy and your eyes full.

Sitting In Circle with Angela 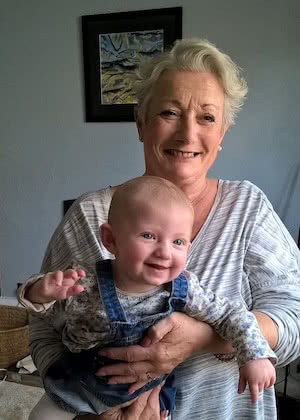 The kindness of woman to one another is unlike anything else I’ve experienced.  In the ‘real world’ I experienced women who tried to tell me how I should be feeling when my husband died. In fact I ‘lost’ a friendship, because this sort of comment. Red Tent women rallied around me, held me – when I asked them to. Women from a choir I was in were compassionate and soft in their holding. I am so grateful to the women I know, who accept me as I am.

I was 50 and he was 64, when I married my second husband, Peter. It was a rather a turbulent marriage. He was a loner, an only child, and had little need for me. He had an affair, which gave me three years of a living hell, but we survived. He worked as a goldsmith in a tiny workshop, his sanctuary from the world, until weeks before he died, at 78.

He died so quickly,  having been diagnosed with stomach cancer that had pushed his liver out of the way, and ingressed to his diaphragm, but, he had few symptoms until then. By the time it was diagnosed it was terminal. Five weeks later he died peacefully at home, having asked me ‘ to get him out of this as quickly as possible’….it was not a difficult request to fulfil. The house became a place of quiet terror, as I watched him fade away.

The immediate aftermath of his death, is very difficult to describe, very silent, but peaceful. As the  weeks and months went by anger surfaced. I tried to keep whatever I was feeling on the surface, and not gulp it down or hide it. I didn’t pretend to ‘cope’ or be brave. Grief, in its many forms should be outed and lived through, in my opinion. Rage, stomp, hide away, but work through it, not round it. We wear no badge to show we’re grieving. Black doesn’t work. Lots of people wear it as a preference! It’s a dilemma, for sure. Peter’s words to me the day he died ‘…live on, and do all things the same ….’ were my mantra.

As a P.S. I have met and married a wonderful man. Kinder by far than any man I have ever known.

What does a Red Tent mean to you?

“Red Tents are safe spaces for women to find their power, speak their truth and get support so they can be forces for love and light in the world”